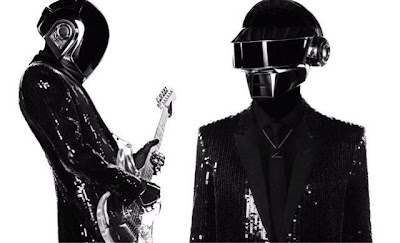 We at Gatsby love the new track features Pharrell Williams, had the biggest streaming day for a single track in the US and UK on the day of its release.
The Swedish online music site did not release the number of streams for the track which features on the DJs' new album, Random Access Memories.
Spotify's Will Hope said the album would be "the biggest" this year. "There was never any doubt that the first original single from Daft Punk in years was going to be one of the biggest debut singles of 2013," the director of label relations said. "We expect the album to become one of the biggest, if not the biggest, on Spotify this year," he added.
Daft Punk broke the one-day streaming record previously held by British band Bastille's single Pompeii in the UK.

Sartorial Elegance of the Marlow Regatta

A Streamlined Guide to Social Networks

Between generation X and Y, tweets and statuses, we are...

A Truth About Denim

We all know that six months is far too long...

Caring For Your Shoes

We can all admit to the sensation we experience when...

Very excited about the new Summer collection.... What do you...

In 2006, two renegade designers sought sage council from a...

It's Time To Plan Your Summer

The Met Office says Britain is odds-on for a great...